skip to main | skip to sidebar

Hello my good people... here's a quick update. This Wednesday, September 12th (the day after Kayne and 50 Cents album's drop) will be the release of issue #1 to the Wonder Girl mini series. I don't think it will out sell Kanye's or 50's albums but hopefully it will still do well!! :D... Try to go and pick up a copy and let me know what you think. It has gotten a lot of buzz the past few weeks and should gain momentum!!! I'll be signing at my local comic shop, Heroes and Dragons. So drop by if you are in the neighborhood. Oh yeah... one more thing... I just recently saw this on SPIKE TV. They're was a New York comic con special on a few months ago and yours truly was on it. It actually looks kinda cool. Check it out!!! More big news soon!!!

Hello guys here's a little update for ya. I'll be attending DragonCon Sept
1st and 2nd... Come by the artist alley and drop by my table. I'll be selling my new
sketchbook DEADLINES vol 2!!! I will also be promoting my new mini series
Wonder Girl. I will have a seek peek of the 1st issue as well!!!

Be sure to drop by your local comic shop and pick up the 1st issue of Wonder
Girl. It will drop Sept. 12. And if you are in South Carolina and the
surrounding areas you may want to drop by Heroes and Dragons that day.. I'll be signing the 1st issue there!!! Well... that's all for now... More really
cool news soon!!!

Also added the cover of Wonder Girl #3 to the "ARTWORK" Section, under "COVERS" on my website!

We have lost a great artist, person, and friend. When I was first started trying to get in the industry he was one of the artist that took the time to look at my work. He made me see how to have fun with my art and from that point on I wanted to draw like him.... sigh... I can't say enough in this text that would explain what Mike has meant to me and a ton of other artists.... He was so far ahead of his time... I just emailed him Saturday to thank him for his comments on some of my work... Today I will draw with a heavy heart.... This should help us all take time out and realize that we are truly fortunate to have the opportunity to do what we do as artists and creators... Mike you will be sorely missed....
http://www.newsarama.com/Chicago_07/Ringo.html
Posted by Greene's Spot! at 9:48 AM No comments:

Man.... Another year another SDCC gone by. It was just a week ago I was getting ready to fly out to the west coast to be apart of the HUGE spectacle known as Comic Con. That show was insane!!! I am now back and in one piece... I think...There was tons of really cool stuff to see and do. I had a blast hangin' out with my pals and makin' new ones!! Thanks to all those that came though and picked up my new sketchbook I can't believe I sold out!!! I had 150 copies and they all went!!! I was a little nervous about that but by that friday it was smooth sailing. I will be getting my second 150 copies in the next week or so. So I hope to do the same with those. I know many of you at SDCC wanted to know if I was going to WWC.Unfortunately I will not be attending this year but I do plan on having some books for sale at the show. ( fingers crossed ) If I don't have them ready by WWC I will have them for sale online. You can contact me by email and place and order. You can contact me from here. I WILL respond!!! Well with other news. Be sure to check out my new DC Comics mini series WONDER GIRL.It drops in September. Just check your local comic dealer for more details.In the next few days or so I will be posting some images for the new Wonder Girl along with a little more images for another project I will be doing comin' soon!!! STAY TUNED!!! 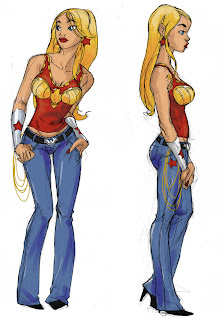 SDCC is HERE!!!Well I must say I am actually excited about the Comic Con this year. I thinkI am ready for the comic book fan onslaught!! If possible I will try to postsome news and updates from the show!!! But if not I will most def post Picsand news from the show when I return!!! Hope to all see ya there. RememberI'll be at the PLAY MAGAZINE booth 4720 tryin' to " pimp my book ". Hereare some more sneak peeks of my book... Big shout outs to INDIGO INK fortheir SPECTACULAR work on my book!!! Thanks again for all the support andwe'll see ya in SD!!!! 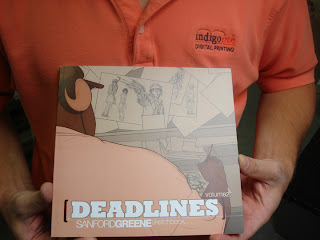 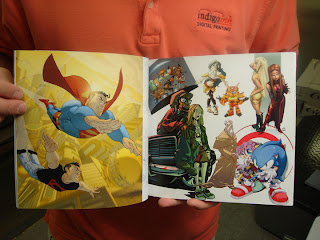 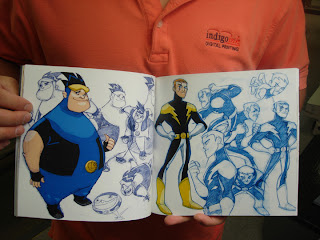 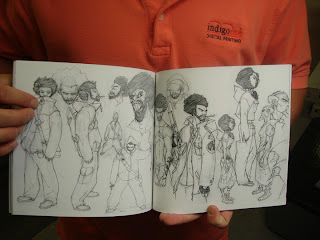 Wonder Girl:Champion #1
Written by J. Torres; Art and Cover by Sanford Greene and Nathan Massengill
Exploding out of the pages of the WONDER WOMAN ANNUAL #1 and AMAZONS ATTACK! J. Torres (WONDER WOMAN, BLUE BEETLE) and Sanford Greene (BATMAN STRIKES, LEGION OF SUPERHEROES IN THE 31ST CENTURY) bring a six-issue miniseries starring DC's mightiest teen! After the disastrous events of AMAZONS ATTACK, Wonder Girl strikes out to tie up some particularly monstrous loose ends. But with the rift between her and Wonder Woman, she's going to need the help of the last man on Earth she ever wanted to see again! WONDER GIRL will take Cassie Sandsmark to all corners of the DCU, from the dangers within WONDER WOMAN to TEEN TITANS to COUNTDOWN, and will change Wonder Girl forever!
DC Universe 32pg. Color $2.99 US On Sale September 12, 2007 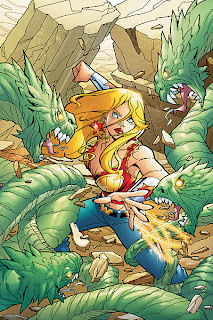 Bullets, bracelets and Hercules! The most dangerous man the Amazons ever faced is now Wonder Girl's only hope. But if these two champions are victorious, Cassie's human life will pay the ultimate price! 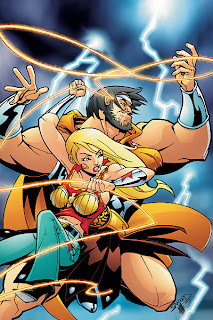 Hello all... It's been a minute since I've posted but I promise you I have a good reason... Lots and lots of big things happenin'...I'll tell you much more about that later. But for starters I just wanted to let everyone know that Me and Keron will be at the San Diego Comic Con July 25th though July 29. I think Keron will be in artist alley and I'll be signing at the DC Comics booth promoting my new book Wonder Girl. However for the most part I will be signing at the PLAY MAGAZINE booth. I will be sketching and selling my new sketchbook DEADLINES vol 2. It'll be 64 pages with half color concepts etc... and half b/w pencil and inked pieces. Hope everyone whose comin' out will stop by the play booth and pick up a copy!!! Here's a sneak peak!!! 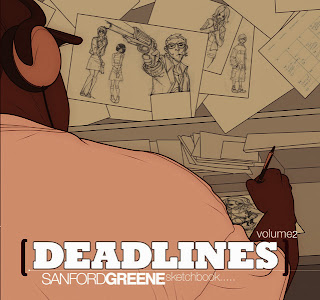 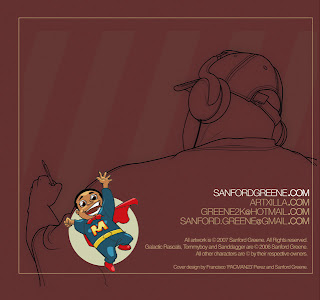 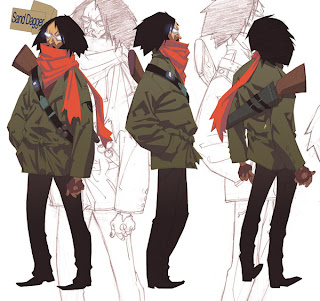 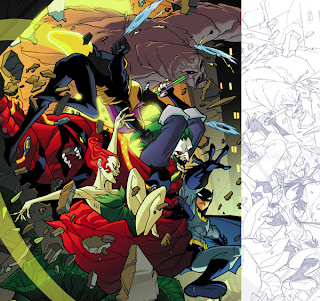 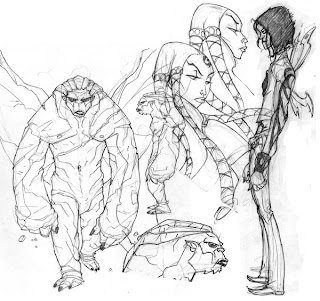 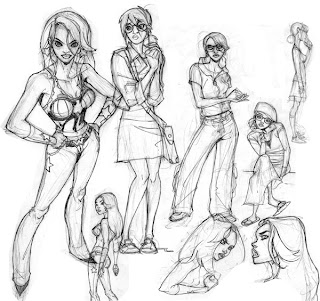